A routine activity I indulge in during this shelter-in period is watching my favorite public TV channel 32, alternating between music and NASA programs. Today, after enjoying two hours of fabulous music, excerpts from concerts, opera, Broadway and shows, I watched a replay of Apollo 11 moon landing. A remarkable documentary of a historic world event involving American astronauts Armstrong, Eldredge and Collins. This flooded back memories which I so gladly welcomed and enjoyed, in the middle of a late breakfast with no one but just the TV and me.

1969 – I was in the cusp between my late teens and young adulthood. I remember elbowing my way through a crowd of some 19 young adults huddled in front of a black and white television in the living room of a large and elegant Spanish house in Bulacan, Philippines. Our group of first-year graduate students just finished a full day’s field work, walking from house to house for a direct survey aimed at finding out the effect of radio educational broadcasting on the community population. We were students of mass communication on a two-day mission for a course-related university project. Our two mentors managed to secure a night’s accommodation for us in the city.

That night was eventful, not just for us, eager group of young people and our professors, but for the world. You see, that very moment, we witnessed on the flat screen the first walk on the moon. It was absolute euphoria, knowing especially that we were watching the same occurrence with people all around the world.  Incredulous!  Gathered around the TV in that city in Bulacan, strangely, we all felt part of that historic drama.

Being one of the shortest in my group, I elbowed my way to the front of our small crowd, enjoying a full view of a historic landmark happening on the moon – white clad figures floating on the surface, in surroundings that seemed like an eerie expanse of soil, rock and nothing else. Everyone’s adrenalin rushed to a peak of excitement that burst out in a loud cheer, but only after a moment of sacred silence, like an unspoken and commonly felt disbelief that humanity finally touched another cosmic body in space. I don’t think I was the only one experiencing a victory. Like the rest of humanity, I thought I won. A boundary had been crossed, space further explored. Man stepped into another world. It was a cause for celebration, even for us the young students and our two professors who watched with an extreme sense of achievement as though that success was ours, too. High five wasn’t invented then, so we just excitedly shook each other’s hand.

But that wasn’t all that happened that night in 1969. Another fabulous news followed the newscast about the first moon landing. The Philippine representative to the Miss Universe contest, Gloria Diaz, won the much-touted international beauty competition. We watched the final segment of the event which was then held in the US. Of course, to us, Ms. Diaz was the most beautiful and regal, the best dressed in formal gown. And of course, we agreed she gave the smartest answer to the final question, the score breaker. Biased? Likely so. But our bias was soon vindicated. We were all on edge while waiting for the verdict from the judges. In our group, I could hardly hear a breath breathed when the emcee opened the judgement card. We were all in suspense. That was our contest, too.

Then suddenly, mini-pandemonium broke out in the house. Loud cheers and self-congratulatory comments burst out, like we all won the sweepstakes. Us girls especially felt we won the contest, and we were the ones crowned Miss Universe. After robustly congratulating ourselves, we spontaneously embarked on an impromptu pantomime. We held our heads up high, walked a short imaginary plank with an imaginary crown on our heads. We were Miss Universe! Absolutely fun. Absolutely silly. But absolutely understandably so.

Two victories were rowdily celebrated that night. Since it was after dinner time, we proceeded upstairs to prepare our beds for the evening. Seven males took the large bedroom. The females set fine buri (native product) mats on the floor and claimed pillows and thin blankets provided by the host. The men must have given in to tiredness from the day’s activities. Their room was quiet. But not the living room outside where the girls continued lively chatter. I played card games with my floormates to my left and right.

One student started a very amateurish palm reading that she instantly became in demand. All the girls flocked to her, pushing their palm forward for a reading. That must have been the most enjoyable session of the day. It was utter chaos filled with loads of teasing and prodding for revelations of romantic dreams, all prompted by a not so credible palm reading. Because the girls were either in the late teens or just out of teens, the subject of puppy love became a hot topic. And that was what the palm reading gig ended up with. It was a very lively but silly party of giggly girls seated on the floor just before we settled down on our floor mats for sleep. My shy confession – maybe because of all the giddy teasing that night, I dreamed about my secret crush during that first year of my grad school, and I am not saying who.

The next day was devoted to more field work. All 19 of us stacked up in two long jeepneys and traveled to the communities outside the city for more one-on-one-interviews and surveys on the effectivity of radio communication. Television was not included in the study because then, not many families in the outer barrios and towns could afford a TV. The one we watched in the big Spanish house was a 30-inch black and white set which, in the province at that time, was considered a wealthy man’s luxury.

The study was very systematic in execution, and very scientific in analysis. I truly enjoyed being part of our communication department’s project. What wasn’t scientific at all was our group’s methodology approach and analysis of a budding romance between two people in the group. We thought that if we provided the venue and atmosphere, we would facilitate the blooming of romance between the two. We made sure two side-by-side seats in the jeepney were reserved for them, and we tried to leave the two alone whenever possible, especially on breaks. Guess what! Our unintended (or intended) mischief backfired. Instead of sweet talk, we heard bickering whenever the two were left by themselves (though they weren’t really by themselves because eavesdroppers pretended to be walking away, very slowly walking away in snail pace for as long as the distance was within hearing). Very silly, indeed! We never saw the fruition of that romance after our 2-day trip, and we blamed ourselves for that; well, kind of. Too much teasing, as in too much of anything, is not wise. However, by the time I left the university, I heard that those two got back together. So, all was well again, to the mischievous bunch’s great relief, and that included me.

You may be curious about the result of our community project. In a nutshell, the study achieved significant data on the influence of radio on the lives of the community folks in the target area. In a developing country where there wasn’t much distraction to everyday living, lifestyle was simpler, and people tended to spend more time at home. In the homes, the radio was “king”. It practically dictated the family’s schedule of activities indoors. The radio carried credibility. It was a very effective venue for education and information. It was considered practically an “electronic teacher” and consummate entertainer. Often, neighbors gathered in a common area to listen to someone’s more powerful radio broadcasting their favorite news hour, or educational program, or musical contest, or drama.

So different from today, right? But who knows. If what’s happening in our world these days would make living return to the basics, then maybe, just maybe, we might go back to what it was many decades ago. Because maybe, we’ll be staying home more. The difference is, we have access to more and varied electronic gadgets available to us, not just the good, old-fashioned and reliable radio.

Well, I started my blog about watching the moon landing of Apollo 11. Do you ever wonder what cosmic landing we will be watching in the near future? And years or a decade after when we view the replay of that world event, maybe on screen, or in hologram, or on a novel viewing algorithm — what memories will that bring us?

This site uses Akismet to reduce spam. Learn how your comment data is processed.

She published two books in late 2016. Click the book covers below to get a copy from Amazon: 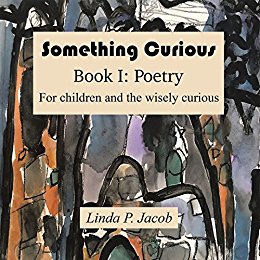 Something Curious, Book 1: Poetry (for children and the wisely curious)