The University of the Philippines (UP) recently gained major international acclaim.  It garnered the highest citation score in the 2021 Times Higher Education University World Ranking for pre-clinical, clinical and health research (91.9%), according to a report of the Business Mirror.  In this regard, UP ranked over the University of Oxford, Harvard University, Stanford University, University of Cambridge, Johns Hopkins, University of California Los Angeles, among other top renowned institutions of higher learning. Outrageously awesome!

Especially during this time of heightened COVID pandemic concerns all over the world, health and medical initiatives are of utmost importance and relevance.  This distinction brings to the forefront attention to the efforts, knowledge, skills and contributions of health professionals who, in various capacities, work for the health and well-being of humanity.  Our hats off to them in extreme gratitude.

UP Diliman has been an integral part of my education, having gone through two academic years of masteral study in its communication/broadcasting department.  An institution patterned by its founders after the University of California Berkeley, it continues to thrive in its intellectual pursuits of multiple disciplines in a liberal and progressive environment, even in a society primarily hinged on conservatism and tradition.  UP adheres to high standards of teaching and learning that drive excellence.  This institution, based on the concept of education for all, relentlessly throws tough academic challenges to motivate perseverance and determination.  I am grateful for my education from this university.  Biased, you might say.  Maybe I am – my parents graduated from UP; so did most of Mama’s siblings.  My husband and my younger brother went to UP; my youngest sister and her husband are on the faculty of UP Los Banos, and their children are UP graduates.

I’m biased, too, for the college where I practically grew up, having spent my elementary, high school and college years in Colegio de Santa Isabel, which later became University of Santa Isabel in Naga City, Philippines. But for the one year as a high school American Field Service (AFS) exchange student in Pennsylvania, I benefited from a comprehensive and fulfilling fine education in that institution efficiently operated by the Daughters of Charity religious order.  While academics were the primary thrust of my scholastic endeavors, my experience was compacted with extra-curricular involvements as in the student council, the college paper, the women’s auxiliary corps (WAC), music, drama and other public speaking activities.  I am most grateful for the leadership opportunities that tremendously contributed to my “growing up”.

Santa Isabel has remarkably been a major cultural influence in Naga City and in the Bicol region.  Its dramatic presentations and annual plays were grandiose events that the community waited and watched for.  Its theatrical offerings were professionally produced, and were known to be high costing ventures because of top drama directors hired from Manila.  The cultural shows  were designed around artistic and lavish production sets, but more, they were acclaimed for the bevy of talents rigorously trained for high quality performances. Foremost, however, was the well-rounded education that the school offered.

Educational institutions play a significant role in shaping lives.  Thus, the heightened appreciation for our educators.  You likely will agree when I say that many of our best and enjoyable moments are the times we spent in school. And much of what we learned in school jumpstarted how we approach life’s experiences and challenges.

Hats off to all educational institutions anywhere in the world. 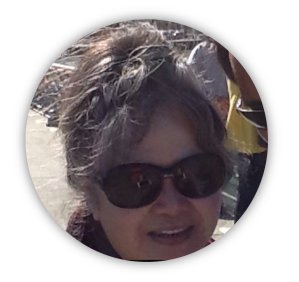 She published two books; a third is in production, scheduled to be out in 2020. Click the book covers below to get a copy from Amazon: